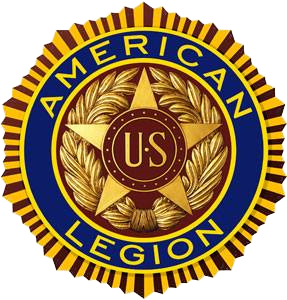 If you live in the Wellington area, feel free to check out our Post 390 - Wellington, program. We are glad to see more veterans of the Gulf Wars joining our Post and currently have three female Legionnaires. The coverage for women veterans has improved and we have a Service Officer who can guide you through the VA process...he is your link to the VA. I have been hearing that veterans are hiring attorneys to get care and/or compensation through the VA. Each Post has a Service Officer. It would be appreciated if you joined our Post of 100+ Legionnaires but we assist all veterans in need...feel free to email me at: shwinerj@alpost390.com

Timeline photosThis photo, taken on February 14, 1945, near Aboncourt, France, shows Sergeant Elvin Harley (Kalamazoo, Michigan) being kissed by a little French girl. After the liberation of France from Nazi rule, this proud member of the 3rd Armored Division survived the rest of the war and returned to Michigan.
Thank you for your faithful service Sgt. Elvin Harley. 🇺🇸 We will never forget. 🙏❤️🌹
fallenyetnotforgotten.com ... See MoreSee Less


“We have the ability to have a very strong American Legion Post in Wellington and be very community-oriented,” said David Knapp, the post’s commander.

The American Legion is a veterans’ organization that was chartered by the U.S. Congress in 1919. There are about 15,000 posts worldwide with nearly 3 million members. There are 21 posts in the 11th district, which includes Palm Beach, Martin and Okeechobee counties. Membership is open to veterans who have served in a conflict. So far, the Wellington post has 24 members, including one Iraqi war veteran. Knapp said there are upward of 500 veterans in Wellington.

Eligibility for the American Legion Information

If you have served federal active duty in the United States Armed Forces since December 7,1941 and have been honorably discharged or are still serving – you are eligible for membership in The American Legion!

*Because eligibility dates remain open, all active duty members of the U.S. Armed Forces are eligible to join The American Legion at this time, until the date of the end of hostilities as determined by the government of the United States.

The Four Pillars of The American Legion

Click here to read more about the four pillars

We have various events throughout the year. Check back often to see what is new.